The Doctors at Delaware Valley Family Eye Care are experienced and residency trained, and are available most days including nights and weekend hours.   They pride themselves in listening and taking care of the eye care needs of their patients. They believe eyesight is the most precious gift and work to provide superior care. 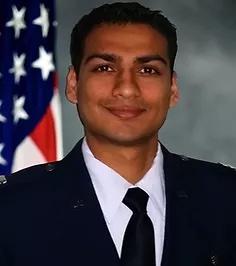 Dr. Patel graduated from The College of New Jersey and State University of New York College of Optometry joint 7-year optometry program. He was then accepted into the prestigious Illinois College of Optometry and University of Illinois-Chicago Ocular Disease and Low Vision Rehabilitation residency at the Jesse Brown and Hines Veterans Medical Hospitals. During his optometric studies, Dr. Patel founded SUNY’s first Private Practice Organization. He is currently a mentor to SUNY optometry students and residents. Dr. Patel has been in the optometric industry for more than 17 years. He has presented at the annual American Academy of Optometry meeting, grand rounds, and other local meetings. He currently practices at the Philadelphia VA Healthcare Hospital where he specializes in ocular disease management in the adult and geriatric population. He is adjunct faculty for both SUNY College of Optometry and Pennsylvania College of Optometry and teaches and oversees student externs from those schools.

He is also a Major of the U.S. Air Force and provides care to military personnel. He is a fellow of the American Academy of Optometry and a member of the Armed Forces Optometric Society.

During his spare time, he enjoys reading, tennis, basketball, traveling, and nature.

Dr. Patel graduated from The Ohio State University with a B.S. in Psychology and completed her optometric degree at Nova Southeastern University. She has been in the optical industry for almost 18 years. During her optometric studies, she obtained a Master’s in Vision Science and received the Welch Allyn Excellence in Primary Care Award, American Optometric Association Contact Lens Scholarship, and Clinical Honors. She completed the prestigious Illinois College of Optometry and University of Illinois-Chicago Ocular Disease and Low Vision Rehabilitation residency at the Jesse Brown and Hines Veterans Medical Hospitals. She has several years of experience working for the New Jersey Veteran’s Hospital managing and treating ocular disease as well as training students and residents in Optometric care.

Dr. Patel has a passion for volunteering and reaching out to the community. She has traveled overseas to several different countries providing eye examinations and glasses for underserved populations including Guatemala and Ecuador. Additionally, she has been involved in local vision screenings, Special Olympics, Lions Clubs, and glasses drives.

During her spare time, she enjoys spending time with family, traveling, volunteering, reading, and outdoor activities. She has three daughters, Paavani, Pari, and Nidhana. 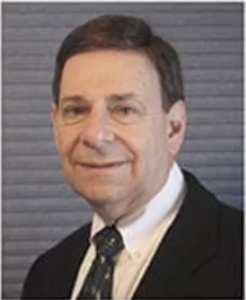 Dr. Newman completed his undergraduate degree at Lehigh University and was Valedictorian for his graduating class at New England College of Optometry in 1967. He established his own private practice in 1942 and has been practicing for over 50+ years. He is both a Fellow of the American Academy of Optometry since 1971 and a Diplomate of the American Academy of Optometry Cornea, Contact Lenses and Refractive Technologies Section since 1974. He has served as a Captain in the United States Air Force from 1967 to 1969 and has been an assistant professor for the Pennsylvania College of Optometry. Dr. Newman has been at the forefront of technology as a clinical investigator for several pharmaceutical and contact lens companies including Allergan, Bausch & Lomb, and Sola/Barnes-Hind. ​​

He has also been a lecturer on a vast array of topics related to contact lenses and served as a former contact lens editor for the New Jersey Journal of Optometry from 1960 to 1970.

Having been born and raised in Trenton, he continues to give back to the community including serving as Trustee for Trenton City Museum, former member and board of directors for Trenton Roebling Community Development Committee, and former member and task force for Invention factory Science and Technology Center.

You can schedule your next appointment with us online!

Leave Us a Review

Please take a moment and let us know how your experience was.